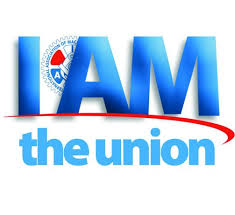 Toronto, ON – “The members and the bargaining committee at British Airways took a long hard look before the talks began and this round of bargaining was about job security, plain and simple!” explained IAM Transportation District Lodge 140 General Chairperson Mike Corrado.

“After watching the numerous contract flips at Toronto Pearson and Dorval Airports over the past few years, this group chose to negotiate job security provisions into their collective agreement in order to protect their livelihoods. We built into this agreement a no subcontracting out provisions that will remain in place for the term of the contract,” added Corrado.

The agreement also provides much enhanced severance entitlements for experienced part-time employees that will act as additional job security in the years ahead. “The CBA already has good severance provisions for full-time members and with additional negotiated severance for experienced part-time employees, it would impose a great cost on the employer in the future if they ever contemplated contracting out any of our work,” said Corrado.

Other agreement highlights include:

“This deal will allow British Airways to remain profitable without having to contemplate flipping their customer service work to service companies that pay close to minimum wage,” explained Corrado. “This also places us in a better position in the next round of bargaining as the market wage rate gap between what British Airways pays versus the many third party service providers, should shrink as the minimum wage rate increases in Ontario and hopefully Québec over the next couple of years.”

“This was sound decision making by our 41 customer service agents and their bargaining committee and that’s why we had such strong ratification acceptance,” said Corrado.

Please note 📣: In order to reduce the strain on the online portal 💻, we’re asking Canadians to apply for the Canada Emergency Response Benefit on specific days of the week depending on their birth month. 👇 Canada.ca/coronavirus-ce… #COVID19 #EconomicResponse pic.twitter.com/qtKQeKuk6i

Please do not cancel your EI application or submit a new application for the Canada Emergency Response Benefit. If you were eligible as of March 15, your claim will be processed when the new benefit is launched ➡️ Canada.ca/coronavirus-ce… #COVID19 #EconomicResponse pic.twitter.com/hi8u26MGNL

Older adults and people with medical conditions are at a higher risk of serious illness from the #coronavirus disease. Find out how to protect yourself and your loved ones. #COVID19

Employment Insurance What You Need To Know.. iamaw2413.ca/wp-content/upl…